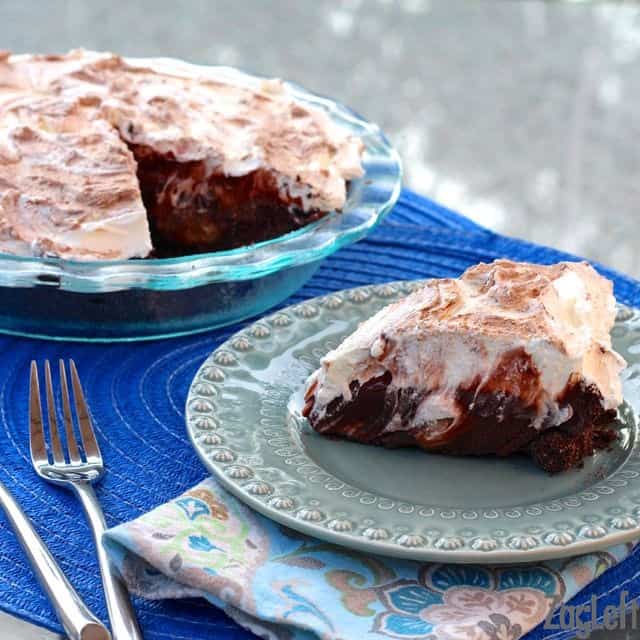 Chocolate pies and Banana Cream pies seem to be the exact opposite of each other, but combining the two flavors is really a great idea.  In my opinion, chocolate pairs well with pretty much everything and bananas and chocolate are totally perfect together. 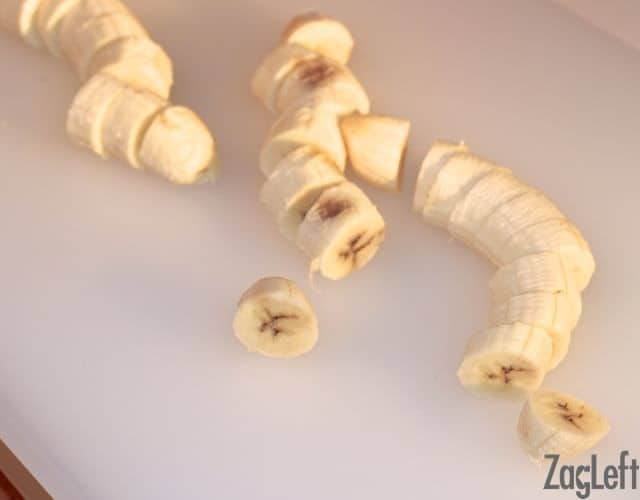 This rich and creamy pie does involve quite a few steps - but don't worry.  Every step is an easy one. 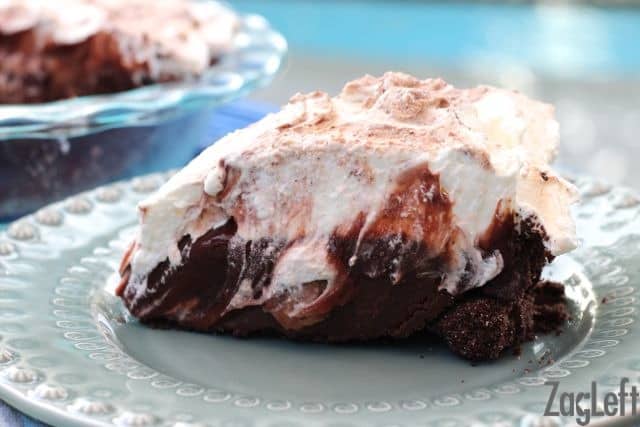 I'll walk you through the process...

Begin by making a quick chocolate graham cracker crust.  To make the crust, place 16 graham cracker sheets, 1/3 cup sugar and 1/3 cup butter that has been melted in a food processor.  Process until the mixture is well blended and you have fine crumbs. 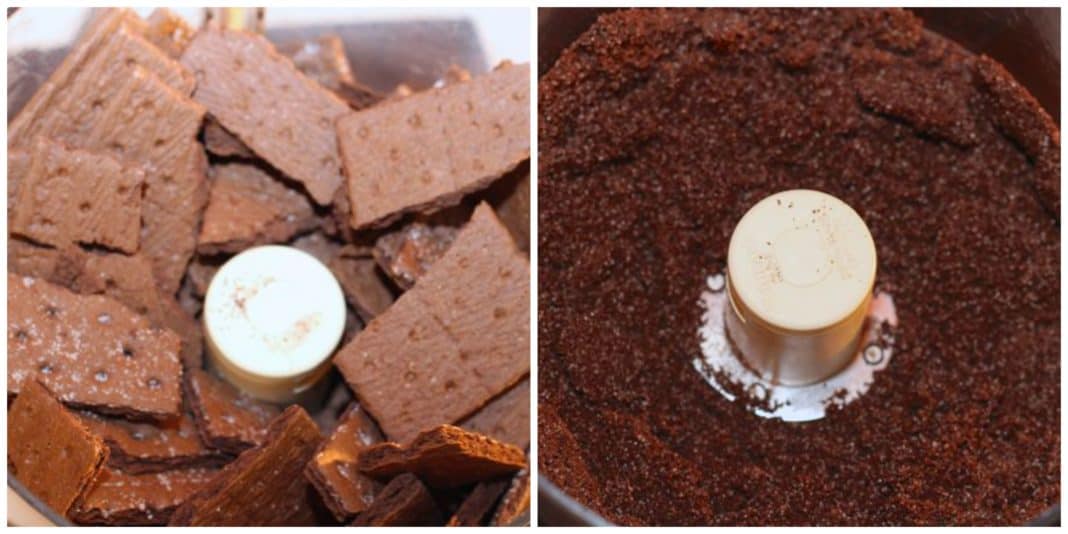 Press the crumbs into a pie plate and bake the crust in a 350 degree oven for 5 minutes. 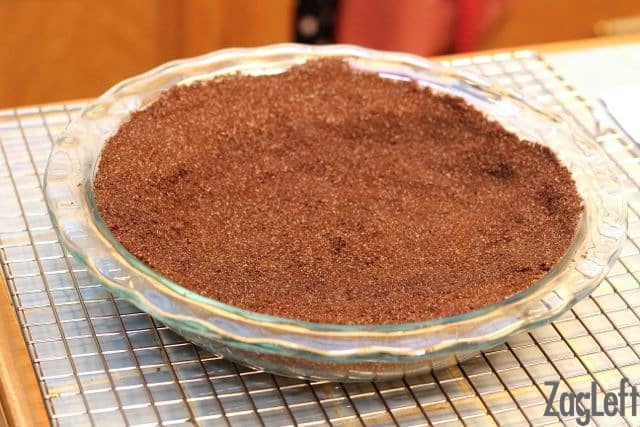 Next step is to make the chocolate ganache.  Chocolate ganache is very easy to make.  Just pour cream into a small saucepan and place it over a medium-low heat for a few minutes.  When the cream gets hot (not boiling or simmering), remove the pan from the heat and stir in the chocolate.  The chocolate will melt and distribute through the cream.

Pour the chocolate ganache into the bottom of the graham cracker pie shell. 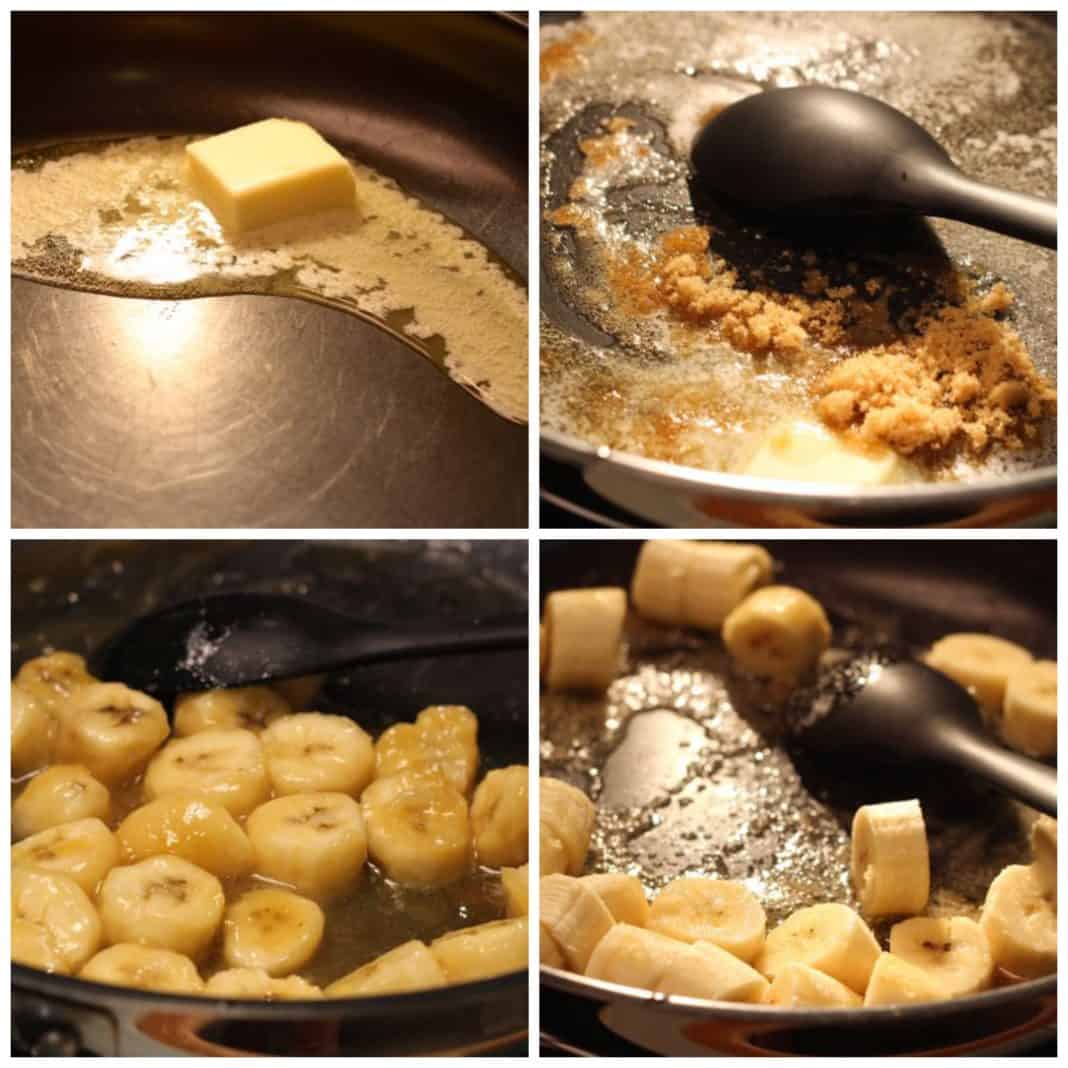 Pour the caramelized bananas over the chocolate ganache. 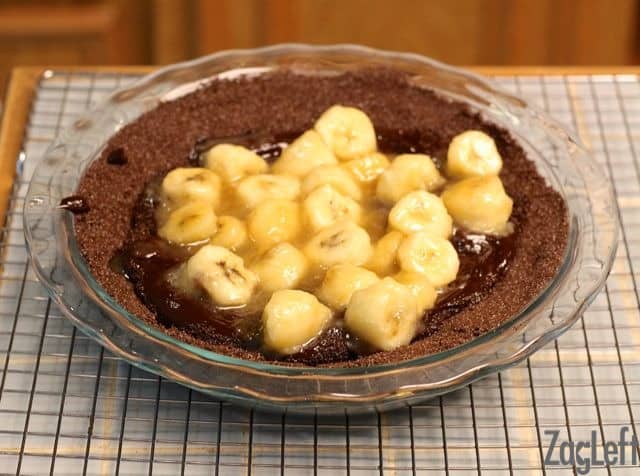 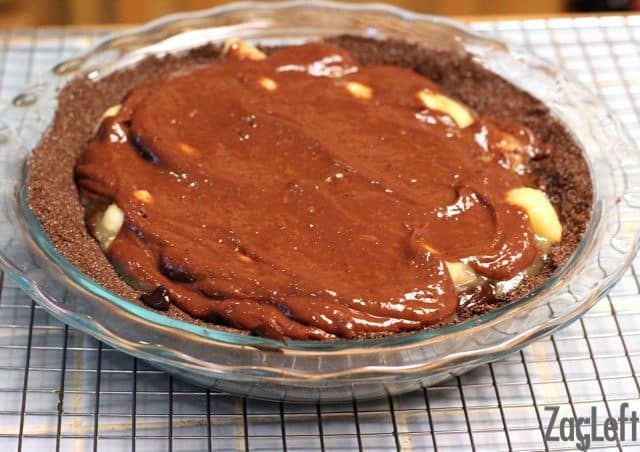 Chill the pie in the refrigerator for about 2 hours.  After the pudding in the pie has set, top it with whipped cream (see recipe notes if you want to make your own).  I used a little of the chocolate ganache that I saved to swirl into the whipped cream.

This Double Chocolate Caramelized Banana Cream pie is so rich and flavorful!  Cooling the pie in the refrigerator makes the layer of chocolate ganache thick and fudge-like.  The chocolate flavor is intensified when the chocolate crust and the chocolate fudge are eaten together.

Everything works well together - the bananas, the chocolate, the creamy topping.  A truly delicious dessert! 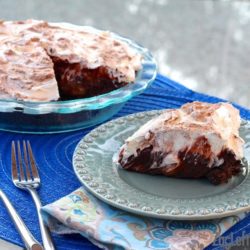 The information shown is an estimate provided by an online nutrition calculator. It should not be considered a substitute for a professional nutritionist’s advice.

Joanie Zisk is the creator of OneDishKitchen.com, the number one go-to site for single serving recipes. The aim of One Dish Kitchen is to inspire individuals with access to single serving recipes that will enable them to enjoy the preparation of a meal that will nourish both body and soul. Her website is filled with hundreds of easy, flavorful recipes that are tailored for those cooking for one. Joanie is the author of "The Ultimate Cooking For One Cookbook" and her recipes and food photography have been featured in various publications including, TODAY.com, Huffington Post, Real Simple, Self.com,Women’s Day, Buzzfeed, and others. Come say hello and follow Joanie on Facebook, Twitter, Pinterest, Instagram and LinkedIn.